Samsung has recently interviewed Alex Lee, the founder of Nu Infinity, whose firm has been snagging awards all over the place across Malaysia going as far back as 2011. Because of his choice of daily driving a Galaxy Z Fold3 5G smartphone, the brand had a chance to talk with him.

Let’s find out what he thinks about the most successful foldable smartphone to date.

At first, Alex met the Galaxy Z Flip3 5G at a retailer and managed to have a chance to get a hands-on trial before grabbing a purchase and taking it home. Being used to traditional Candybar-style smartphones, he was filled with curiosity and fascination as he adapts the addition of unfolding the device to gain a larger screen estate for tasks like video editing which is a heck more convenient with the Galaxy Z Flip3 5G.

Most Useful Feature Sets for Work and Projects

The real helpful feature provided by the device towards Alex is the Multi-Active Window function that lets him review videos as he edits them and also, he can do it while being in a Zoom meeting to take notes on top of getting a browser opened for info searching. And that’s not all, the Dual-Camera feature lets him see his own frame while recording footage so that he never needs to pace back and forth, pushing his productivity further up the graph.

As he grows accustomed to the on-demand access to a larger screen, the Galaxy Z Fold3 5G is a sign of freedom and productivity that was never been relevant until now as the device ticks all the boxes of seamlessness, portability, and performance and thanks to the integration of S Pen, his work life has been optimized a lot.

As a general piece of opinion, Alex did like the idea and execution of the Galaxy Z series particularly the Galaxy Z Fold3 5G which has added a distinct and elegant touch to his everyday attires and style – something that is important for a designer – especially an interior expert who’s job is to follow the principle of “Form Following Function” and thanks to the device, he only need one and only one of it to be stay productive while getting some entertainment off. 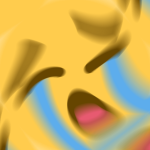 About the author Calvin Liew